Currently home to approximately 320,000 residents, Coventry is a thriving multicultural city that benefits from two excellent universities, a number of major football and rugby union clubs, fantastic art galleries, museums, theatres, cathedrals and much more. As you would expect from a city with two universities, Coventry has a great variety of nightlife and retail options, offering a superb choice of shops, restaurants, bars and cafes.

At just an hour from London and 25 minutes from Birmingham, Coventry has excellent transport links to the two largest cities in England, making it an ideal place to live, work and invest in the rental sector. 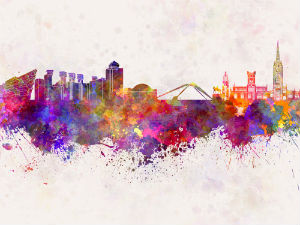 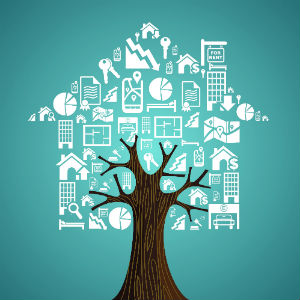 Over the past two years, the face of Coventry City centre has changed dramatically. Redevelopment of Broadgate, Council House Square, Fargo Village and the ongoing Friar Gate and railway station improvements have forever improved the feel of the city centre for residents and visitors.

Ongoing investment in housing, retail, leisure and business facilities in the area makes Coventry a stimulating, exciting and convenient place to live.

Coventry has been well known for its innovation in industry for hundreds of years. Dating back to the 14th century, when Coventry became an important national centre for the weaving and textile trade, the city has often lead the way in many important industries. In honour of the once thriving textile industry, a blue ribbon statue, a symbolic piece of landscape art, can be seen on the roundabout with Foleshill Road and the A444. 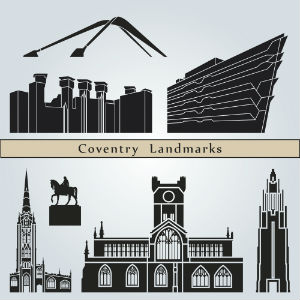 In the 18th and 19th centuries, Coventry developed one of the most respected watch making industries in the country. When the Swiss and American markets began to dominate in the late 19th century, the watch makers of Coventry turned their attention to developing a new industry, the bicycle. The development of the bicycle industry, which by 1890 was the largest in the world, lead on to the development of machine tools, the motor car and a Coventry-born engineer gave the world the modern jet engine.

View all properties for sale

View all properties to let

"My house was for sale through Coopers. Right from the offset I found them to be friendly, professional and honest. The house sold quickly and special thanks to Anne Marie for her help!"