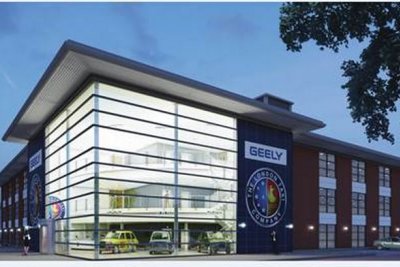 Work on a new £250million state-of-the-art factory for Coventry’s famous black cab firm is expected to start next month.

The London Taxi Company’s new research, development and assembly facility at Ansty Park will start to take shape within the next few weeks.

And the news has been welcomed by local leaders. Plans for the new purpose-built facility near Coventry – which will be used to create the next generation green cab – were unveiled in March.

The investment by LTC’s Chinese owners Geely will create up to 1,000 new jobs at the site, which will eventually have the capacity to assemble up to 36,000 vehicles a year.

This is a ten-fold increase on capacity at the company’s existing site in Holyhead Road, in Coundon, which has been home to the London Taxi Company for almost 70 years.

The new 85,000 sq metre site will house all of the company’s research, development and assembly operations.

“We are all very much looking forward to seeing the first vehicles rolling off the production line.”

This latest investment comes as the London Taxi Company continues to develop the next generation black cab, which will be an ultra-low emissions vehicle to comply with new regulations being introduced by the Mayor of London.

The new vehicle will be developed using significantly increased UK and EU content, bringing economic benefits through the supply chain. It will be launched in the UK at the end of 2017 and across international markets in 2018.

Production of the iconic black cab began at LTC’s existing Coventry site in 1948 since when more than 130,000 vehicles have rolled off the assembly lines.

By Jenny Waddington 15 May 2015 www.coventrytelegraph.net