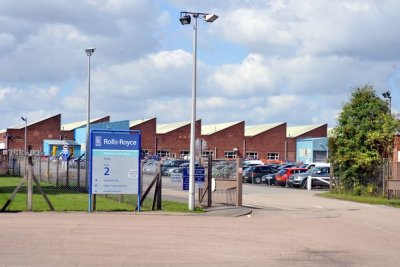 Rolls-Royce has won a £6.1billion deal which will secure jobs at its plant in Ansty, near Coventry.

The aero engine giant’s contract with Dubai-based airline Emirates is the biggest order in the company’s long history.

Rolls-Royce will provide Trent 900 engines which will power 50 Airbus 380 superjumbos that will enter service from 2016.

And bosses say workers at Ansty - which makes the fan cases for the engines - will play a ‘key role’ in delivering the order.

The good news comes after worries about the future of the plant.

Rolls-Royce will still push ahead with plans to cut 140 jobs at the plant announced last year but the firm said the deal will ‘‘help secure the future’’ at Ansty and it has been welcomed as good news for the local economy and other staff still working there.

A Rolls-Royce spokesman said: “This is great news for Rolls-Royce, this is our largest ever order, worth £6.1billion, to provide Trent 900 engines and TotalCare® service support to Emirates.

“Here at Ansty we make fan cases for the Trent 900 engines and will play a key role in delivering these engines. This new load does not affect the planned job restructuring that we have already announced; we must continue with our plans to restructure our business and protect our competitive position for the future. However, while this order does not create any new jobs, it does help secure the future.”

The news has been welcomed by local business leaders. Louise Bennett, chief executive of the Coventry and Warwickshire Chamber of Commerce, said: “This is fantastic news for Rolls Royce and is positive news for this region and it’s very strong aerospace sector.

“After a period of uncertainty, it’s great for everyone connected with Rolls Royce in Ansty that it will play a key part in this major contract.”

Rolls-Royce chief executive John Rishton said: “We are delighted that Emirates has again placed its trust in our technology, with the biggest order in our history.”

Emirates president Sir Tim Clark said: “Today’s announcement is significant not only because it cements the partnership between Emirates and Rolls-Royce, but also because of the significant economic impact that this will have on aviation manufacturing in the UK and Europe.”