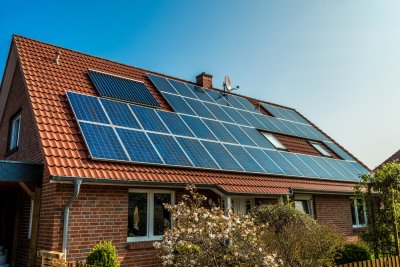 Whilst advancements in technology might seem like a phrase reserved for driverless cars and artificial intelligence, the most common futuristic tool you are likely to come across are available as smart upgrades for your home.

The British public has a long running love affair with the latest gadget set to revolutionise the way they work and play around the home, so it’s no surprise that a recent survey by energy provider E.ON found that the majority of British homeowners plan on introducing more smart technology into their homes.

48% stated that smart technology made their lives easier, 13% claimed they were seeking to make their home more fun and 6% desired a more modern and better-looking home.

Whilst solar technology is the most desired upgrade, there are still a number of misconceptions that continue to influence people’s idea of the sector. 17% of those questioned mistakenly believed solar panels only function on sunny days, whilst a further 11% wrongly believed that solar panels do not work in cold weather.

Of those who have already installed panels, 65% said their home is more energy efficient and 30% said that the value of their property had increased. 41% said they would be more likely to buy a home if it had solar panels installed.

‘Many of the people we spoke to are already aware of the benefits solar and battery systems can bring, from saving money to having a more energy efficient home to making homes more appealing to buyers,’ he added.